158 psl. - Ask not what your country can do for you, but what you can do for your country!
Paminëjimř knygose: 814 (1880-2008)
154 psl. - Corps espoused the philosophy that "if the corps wanted you to have a family, they would have issued you one.
Paminëjimř knygose: 13 (1978-2007)
Daugiau
75 psl. - He dropped out of high school in the eleventh grade and joined the Marines as a challenge to his father's assertion that he'd never make it.
Paminëjimř knygose: 5 (1982-2005)
245 psl. - ... was do or die, and it was up to him. So he moved to the side of his column, looking for a way to lead his men to safety. As he tried to poke a hole through the Iraqi line his Humvee came under direct enemy machine gun fire. It was fish in a barrel, and the Marines were the fish. And Brian Chontosh gave the order to attack. He told his driver to floor the Humvee directly at the machine gun emplacement that was firing at them. And he had the guy on top with the .50-cal unload on them. Within moments...
Paminëjimř knygose: 4 (2005-2007)
21 psl. - It was one of the happiest days of my life. It was a big step when I decided to go to college.
Paminëjimř knygose: 4 (2002-2008)
Maţiau

Through the years we have seen and heard too many headlines of Marines gone bad. We wanted to offer in this book the other side of the story, showing that the vast majority of Marine Corps Vietnam veterans became well adjusted successful citizens, parents and providers. We asked former Vietnam veterans to write their stories of how they adjusted after Marine Corps life and Vietnam. Read about how these men went on to success, and literally speak for the millions of successful veterans across our great nation. Charles W. Latting, served as company commander of Mike Company, 3rd Bn, 1st Marines, in 1965-66 in Vietnam. He was wounded, received the Silver Star medal for heroism, and the Vietnam Cross of Gallantry. He left the Marines as a Major in 1969. For the next 21 years he served as an FBI agent and for 10 years was commander of the San Francisco FBI, SWAT teams. Claude V. DeShazo, M.D., FACS, served as Battalion Surgeon for the 3rd Bn, 1st Marines, in 1965-66 during its training and months of combat in Vietnam. He was awarded the Bronze Star medal with a combat V. He returned to civilian life with careers in immunology research, organ transplantation, vascular surgery and leadership in physician organizations. He is presently CEO of ePractice Solutions, a firm that specializes in delivering the latest Information Technology to medical practices. 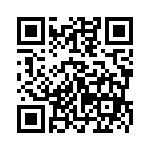