No small courage: a history of women in the United States

This collection of ten synthetic essays draws on voluminous recent scholarship about American women. Heavily illustrated and offering more than 100 pictures, the text includes many vignettes about ... Skaityti visŕ apţvalgŕ

Nancy F. Cott is Jonathan Trumbull Professor of American History at Harvard University, and the director of the Schlesinger Library on the History of Women in America at the Radcliffe Institute for Advanced Study. She is the author of The Bonds of Womanhood: "Woman's Sphere" in New England,
1780-1835, The Grounding of Modern Feminism, and Public Vows: A History of Marriage and the Nation, among other books. 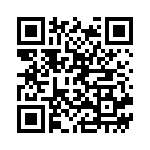