John Steele Gordon is one of America's leading historians, specializing in business and financial history. A full-time writer for the last nineteen years, Gordon's articles have been published in, among others, Forbes, Forbes FYI, Worth, The New York Times Book Review, The New York Times's and The Wall Street Journal's Op-Ed pages, and The Washington Post's Book World and Outlook. A contributing editor at American Heritage magazine, he has written the "Business of America"column there since 1989. His book, The Business of America (Walker & Company, 2001) is a collection of those columns. A Thread Across the Ocean: The Heroic Story of the Transatlantic Cable (Walker & Company 2002) is Gordon's sixth book. His first book, Overlanding, about his experience driving a Land Rover from New York to Tierra del Fuego, Argentina??ine-month journey of 39,000 miles?? published by Harper & Row in 1975. It was followed by The Scarlet Woman of Wall Street, a history of Wall Street in the 1860?(Weidenfeld and Nicolson, 1988), Hamilton's Blessing: The Extraordinary Life and Times of Our National Debt (Walker & Company, 1997), and The Great Game: The Emergence of Wall Street as a World Power, 1653-2000 (Scribner, 1999). John Steele Gordon can be heard frequently on Public Radio International's Marketplace, the daily business-news program heard on more than two hundred stations across the country. He has appeared on numerous other radio and television shows, including Business Center on CNBC, The NewsHour with Jim Lehrer on PBS, The News with Brian Williams, and c-span's Booknotes with Brian Lamb. In addition, he has appeared in a number of television documentaries about American and economic history, including CNBC's The Great Game, based on his book, and Ric Burns's New York: A Documentary Film. John Steele Gordon lives in North Salem, New York. He is currently writing An Empire of Wealth: A History of the American Economy, to be published by HarperCollins. 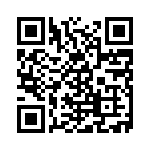