Could've been a page-tuner contemporary romance if it wasn't for the lengthy and slow going of the story. There was a good plot there with both hero and heroine had some hang-ups of their own to make ... Skaityti visŕ apţvalgŕ

The story "Rocket Man" was a very good story. I was not crazy for the Narrator though. She sounded like she was trying too hard to read the book sexy. The story had great interaction between the characters and the sex scenes were not too over the top. Skaityti visŕ apţvalgŕ

CLAUDE BERNARDIN is a nationally honored watercolorist and a parochial school teacher. He is well known in rock-fan circles as one of the premier Elton John historians.

TOM STANTON is publisher of the Elton John fan magazine East End Lights and is a nationally honored journalist. He is the co-owner and editor of five suburban Detroit weekly newspapers. He hosts the international Elton Expo. 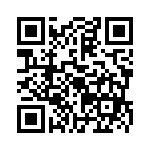