At the age of 48, the eccentric and highly cultured Julia Margaret Cameron (1829-97) discovered photography and set out on a 14-year career that would yield some of the medium's most memorable images ... Skaityti visŕ apţvalgŕ

Julia Margaret Cameron, 1815 - 1879 Photographer Julia Margaret Cameron was born in Calcutta in 1815 to a wealthy British family. She was educated in France and England and, in 1824; she married the jurist Charles Hay Cameron. They settled in Sri Lanka where he worked on the legal code of the country and acquired several coffee plantations. In 1848, the Camerons returned to England. At the age of 48, Cameron received a camera as a gift from her two daughters and embraced photography. She had her garden greenhouse converted to a darkroom and studio. Her first photograph produced was entitled Annie, My First Success in 1864. She then did a series of portraits of great men of her day that included Alfred, Lord Tennyson; Charles Darwin; Henry Wadsworth Longfellow; Robert Browning and Sir John Herschel. Cameron pioneered several techniques designed to heighten the expressive possibilities of the portrait, which included soft focus and carefully blurred images, the narrow close-up, and harsh lighting. Her costume pieces illustrated religious, literary, poetic and mythological themes. She produced many studio tableaux and book illustrations Cameron returned to Sri Lanka in 1875 and, with the exception of a few photographs, gave up photography. In 1879, Julia Margaret Cameron died. 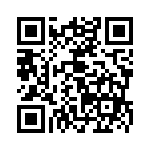