131 psl.
On a previous occacleared up before I went off on sion , though , I had greatly resented this way of doing things . To do the thing properly , I had dragged myself through therefore , I caused an ambulance the portals with a temperature ...
133 psl.
I am having all sorts of the operation , for I am ulti- things injected into me or put mately unshackled ... a good thing , for that the original diagnosis was I am less inclined to leap about false and that I had merely madly . been ...
453 psl.
But it had thing , ” she declared , and , lookanother voice up at the Knapp . ing at her , they found it difficult We came that way , past the to believe that she meant anylong barrow , ” said Sam , leaning thing less than she said . 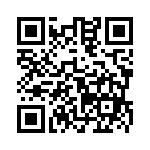