xxii psl. - ... under the principles of international law, as well as the law of the United States, no state has the right to use or permit the use of its territory in such a manner as to cause injury by fumes in or to the territory of another or the properties 98 PCIJ, Ser.
Paminëjimř knygose: 369 (1925-2008)

Philippe Sands was born in 1960 in London. He is a graduate of Corpus Christi College, Cambridge, receiving his B.A. in 1982 and his LLM, first class honours in 1983. He finished his postgraduate studies at Cambridge and was a visiting scholar at Harvard Law School. He has held positions at numerous distinguished universities around the world. He was called to the Bar of England and Wales in 1985. He has written numerous academic and general nonfiction books, newspaper articles, book reviews, and more. His books include Lawless World, and Torture Team. In 2016, he won the Baillie Gifford Prize for nonfiction, for East West Street: On the Origins of Genocide and Crimes against Humanity. 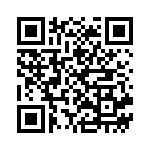