George R. (Al) Goethals, Ph.D., is E. Claiborne Robins Distinguished Professor in Leadership Studies at the University Richmond's Jepson School of Leadership Studies. Trained as a social psychologist, Goethals has been a key figure in the development of leadership studies. In addition to publishing SAGE's Encyclopedia of Leadership with Georgia Sorenson and James MacGregor Burns in the early 2000s, he has written, co-written, or co-edited a number of books and scholarly articles on the topic, including: The Romance of Heroes and Heroic Leadership (Emerald, 2019); Realignment, Region, and Race: Presidential Leadership and Social Identity (Emerald, 2018); Frontiers in Spiritual Leadership: Discovering the Better Angels of Our Nature (Macmillan, 2016); Presidential Leadership and African Americans: An American Dilemma from Slavery to the White House (Routledge, 2015); Conceptions of Leadership: Enduring Ideas and Emerging Insights (Macmillan, 2014); Heroes: What They Do and Why We Need Them (Oxford, 2011). Goethals was awarded the Lifetime Achievement Award from the International Leadership Association in 2022.

Dr. Georgia Sorenson envisioned and launched the James MacGregor Burns Academy of Leadership at the University of Marylandthe first academic program devoted to public leadershipmore than twenty years ago. Currently she is Visiting Professor of Leadership Studies at the Carey School of Law at the University of Maryland..She has served as a board member of the Leadership Learning Community, the Kellogg Fellows Leadership Alliance, the Academy for Educational Developments New Voices, the Asian Pacific American Womens Leadership Institute, Learning to Lead, and many other leadership organizations in the United States and abroad. Sorenson is the author of several books, including Dead Center: Clinton-Gore Leadership and the Perils of Moderation with James MacGregor Burns, published in 1999 by Scribner. Sorenson is co-editor, with George R. Goethals and James MacGregor Burns, of the four-volume Encyclopedia of Leadership, published by SAGE in 2004. She has published in professional journals, such as the Harvard Educational Review, Signs, and Psychology of Women Quarterly, and is a frequent contributor and commentator on leadership and social issues in the popular media. Sorensons experience has led to numerous international consultancies and teaching appointments. She was adjunct professor at Ewha Womans University in Seoul, Korea, serves as professor and advisor to Chinas National School of Administration, and was on the international board of the Tokyo Jogakkan College in Japan. Previously she served on the advisory board of the Thierry Graduate School of Leadership. Before launching her career in academia, Sorenson was a senior policy analyst for employment issues in the Carter White House and later worked as a consultant to the Executive Office of the President. During her White House tenure, she served on the White House Productivity Council and on Vice-President Mondales Youth Employment Council. She continues to be politically active and has served as a speechwriter or consultant to three presidential campaigns.

James MacGregor Burns is a Pulitzer Prize-winning presidential biographer and a pioneer in the study of leadership. Author of more than two dozen books, Burns has devoted his professional life to the study of leadership in its various forms. His latest book, Packing the Court, will be published later this month. In it, he discusses the Supreme Courts power of judicial review and reminds us that the Constitution does not grant the Court this authority to strike down congressional legislation. Burns reveals how, throughout American history, clashes between presidents and the Supreme Court have threatened the nations welfare  and may do so again. In 1971, Burns won the Pulitzer Prize and the National Book Award for his biography, Roosevelt: Soldier of Freedom (1970). He is also the author of the acclaimed Roosevelt: The Lion and the Fox. His book, Leadership, published in 1978, is still considered the seminal work in the field of leadership studies. His theory of transactional and transformational leadership has been the basis of more than 400 doctoral dissertations. Among his many other books are Deadlock of Democracy, Presidential Government, The Vineyard of Liberty, The Workshop of Democracy, The Crosswinds of Freedom, Government by the People (a textbook in its 22nd edition), Cobblestone Leadership, Congress on Trial, A Peoples Charter, The Three Roosevelts, George Washington, Dead Center: Clinton-Gore Leadership, Transforming Leadership, biographies of John F. Kennedy and Edward Kennedy, Running Alone: Presidential Leadership from JFK to Bush II, and most recently, Packing the Court: The Rise of Judicial Power and the Coming Crisis of the Supreme Court. Burns received his B.A. from Williams College, his Ph.D. in political science from Harvard, and he attended the London School of Economics. He is the Woodrow Wilson Professor of Government Emeritus at Williams College and serves as Distinguished Leadership Scholar at the Academy of Leadership, which bears his name, at the School of Public Policy at the University of Maryland. A member of the American Academy of Arts and Sciences, he is past president of the American Political Science Association and also of the International Society of Political Psychology. Burns was the Democratic nominee for the 1st Congressional District of Massachusetts in 1958 and was also elected a delegate to four Democratic National Conventions. While in the military, Burns served as combat historian in the Pacific Theater from 1943-1946; he was awarded the Bronze Star and four Battle Stars. 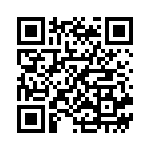