A Year With Emerson: A Daybook

Ralph Waldo Emerson was a poet, essayist, and philosopher whose provocative thoughts transcend a variety of fields, including philosophy, literature, and politics, to name but a few, and have inspired ... Skaityti visą apžvalgą

Known primarily as the leader of the philosophical movement transcendentalism, which stresses the ties of humans to nature, Ralph Waldo Emerson, American poet and essayist, was born in Boston in 1803. From a long line of religious leaders, Emerson became the minister of the Second Church (Unitarian) in 1829. He left the church in 1832 because of profound differences in interpretation and doubts about church doctrine. He visited England and met with British writers and philosophers. It was during this first excursion abroad that Emerson formulated his ideas for Self-Reliance. He returned to the United States in 1833 and settled in Concord, Massachusetts. He began lecturing in Boston. His first book, Nature (1836), published anonymously, detailed his belief and has come to be regarded as his most significant original work on the essence of his philosophy of transcendentalism. The first volume of Essays (1841) contained some of Emerson's most popular works, including the renowned Self-Reliance. Emerson befriended and influenced a number of American authors including Henry David Thoreau. It was Emerson's practice of keeping a journal that inspired Thoreau to do the same and set the stage for Thoreau's experiences at Walden Pond. Emerson married twice (his first wife Ellen died in 1831 of tuberculosis) and had four children (two boys and two girls) with his second wife, Lydia. His first born, Waldo, died at age six. Emerson died in Concord on April 27, 1882 at the age of 78 due to pneumonia and is buried in Sleepy Hollow Cemetery in Concord, Massachusetts.

Richard Grossman was born in Lubbock, Texas in 1943. He attended Stanford University graduating with a degree in English literature. Grossman's first book of poetry, Tycoon Boy, was published in 1977 and was followed by The Animals in 1983 and reissued in 1990 and 2011. For the past two decades Grossman has been concentrating on a trilogy entitled American Letters. Its first two volumes, The Alphabet Man, describing hell, and The Book of Lazarus, describing purgatory, were published in 1993 and 1997 respectively. The trilogy's final installment, Breeze Avenue, a work on heaven, is scheduled for publication in late 2013. 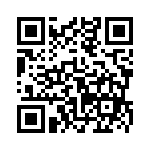