Heinrich Best is Co-Director of the multidisciplinary Collaborative Research Centre 'Social Development after Structural Change: Discontinuity, Tradition and the Emergence of New Structures' funded by the German Science Foundation and was Co-director of the Scientific Network 'European Political Elites in Comparison: The Long Road to Convergence' funded by the European Science foundation. His publications include 38 books or journal special issues and 138 journal and book contributions as author and editor. Most recent publications include: Democratic Elitism: New Theoretical and Comparative Perspectives, Brill, 2010, with John Higley; and Democratic Representation in Europe: Diversity, Change, and Convergence, with Maurizio Cotta (OUP, 2007). He is Professor of Sociology at the University of Jena, Germany.

Gyorgy Lengyel is Editor in Chief of Corvinus Journal of Sociology and Social Policy. He has conducted several research projects on European integration, elites, migration, entrepreneurship, and information technology. He is author and editor of 28 books and special issues and author of 90 articles. Among his recent publications is Hungary: Between Consolidated and Simulated Democracy, in: Heinrich Best-John Higley (eds.) 2010, Democratic Elitism: New Theoretical and Comparative Perspectives. Brill, Leiden-Boston, pp. 153-171. He is the head of the Sociology Doctoral School, Director of the Centre for Empirical Social Research, and Professor of Sociology at the Corvinus University of Budapest.

Luca Verzichelli's research interests include parliamentary elites in Europe, political institutions, and budgetary processes. He has published in several journals, including European Journal of Political Research, Journal of Legislative Studies, Southern European Society and Politics. He is currently chief editor of the Rivista Italiana di Scienza Politica and Professor of Political Science at the University of Siena. 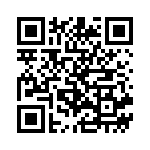