76 psl.
Taxes had to be raised sharply again in 1864 , when the top rate on income was doubled to 10 percent , while taxes on liquor reached two dollars a gallon , no small sum when it would have sold for about twenty cents a gallon untaxed .
90 psl.
As a percentage of the fast - rising gross national product , however , the debt continued to decline sharply . In 1890 the debt amounted to 8.57 percent of GNP , by 1900 it was only 6.76 percent , and by 1916 , it was a mere 2.54 ...
91 psl.
Then , in the very first years of the twentieth century , the Republican president , Theodore Roosevelt , born to the eastern establishment , moved sharply in the direction of these Progressives , and their influence grew quickly . 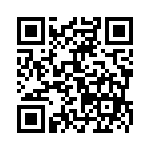