This book covers a good collection of animals, with a 1 - 3 page article of information on each, plus what they look like, their territory, and bullet points of additional information. I don't know ... Skaityti visŕ apţvalgŕ

Ross Piper has a PhD in entomology from the University of Leeds. He lives in Hertfordshire, UK. 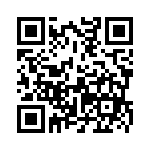