163 psl. - OUR age is retrospective. It builds the sepulchres of the fathers. It writes biographies, histories, and criticism. The foregoing generations beheld God and nature face to face; we, through their eyes. Why should not we also enjoy an original relation to the universe?
Paminëjimř knygose: 318 (1835-2008)
259 psl. - I know not whether these ancestors of mine bethought themselves to repent and ask pardon of Heaven for their cruelties, or whether they are now groaning under the heavy consequences of them, in another state of being. At all events, I the present writer, as their representative, hereby take shame upon myself for their sakes, and pray that any curse incurred by them — as I have heard, and as the dreary and unprosperous condition of the race for many a long year back would argue to exist — may...
Paminëjimř knygose: 155 (1803-2008)
Daugiau
163 psl. - Embosomed for a season in nature, whose floods of life stream around and through us, and invite us by the powers they supply, to action proportioned to nature, why should we grope among the dry bones of the past, or put the living generation into masquerade out of its faded wardrobe?
Paminëjimř knygose: 152 (1835-2008)
152 psl. - ... behind nature, throughout nature, spirit is present; one and not compound it does not act upon us from without, that is, in space and time, but spiritually, or through ourselves: therefore, that spirit, that is, the Supreme Being, does not build up nature around us but puts it forth through us, as the life of the tree puts forth new branches and leaves through the pores of the old.
Paminëjimř knygose: 214 (1814-2007)
151 psl. - A subtle chain of countless rings The next unto the farthest brings, The eye reads omens where it goes, And speaks all languages the rose; And, striving to be man, the worm Mounts through all the spires of form.
Paminëjimř knygose: 482 (1843-2008)
169 psl. - I look for the hour when that supreme Beauty which ravished the souls of those eastern men, and chiefly of those Hebrews, and through their lips spoke oracles to all time, shall speak in the West also. The Hebrew and Greek Scriptures contain immortal sentences, that have been bread of life to millions.
Paminëjimř knygose: 160 (1839-2008)
151 psl. - All things are moral; and in their boundless changes have an unceasing reference to spiritual nature. Therefore is nature glorious with form, color, and motion; that every globe in the remotest heaven, every chemical change from the rudest crystal up to the laws of life, every change of vegetation from the first principle of growth in the eye of a leaf, to the tropical forest and antediluvian coal-mine, every animal function from the sponge up to Hercules, shall hint or thunder to man the laws of...
Paminëjimř knygose: 129 (1835-2006)
373 psl. - A few strong instincts and a few plain rules Among the herdsmen of the Alps, have wrought More for mankind at this unhappy day Than all the pride of intellect and thought...
Paminëjimř knygose: 128 (1812-2006)
164 psl. - In self-trust all the virtues are comprehended. Free should the scholar be, — free and brave. Free even to the definition of freedom, " without any hindrance that does not arise out of his own constitution.
Paminëjimř knygose: 198 (1848-2008)
166 psl. - Young men of the fairest promise, who begin life upon our shores, inflated by the mountain winds, shined upon by all the stars of God, find the earth below not in unison with these, but are hindered from action by the disgust which the principles on which business is managed inspire, and turn drudges, or die of disgust, some of them 179
Paminëjimř knygose: 86 (1838-2008)
Maţiau

Moncure Daniel Conway was born on March 17, 1832 in Falmouth, Stafford County. He was an American abolitionist, Unitarian clergyman, and author. He graduated from Dickinson College in 1849, studied law for a year, and then became a Methodist minister in his native state. In 1852, thanks largely to the influence of Ralph Waldo Emerson, his religious and political views underwent a radical change, and he entered the Harvard University school of divinity, where he graduated in 1854. Here he fell under the influence of "transcendentalism", and became an outspoken abolitionist. After graduation from Harvard University, Conway accepted a call to the First Unitarian Church of Washington, D.C., where he was ordained in 1855, but his anti-slavery views brought about his dismissal in 1856. From 1856 to 1861 he was a Unitarian minister in Cincinnati, Ohio, where he also edited a short-lived liberal periodical called The Dial. Subsequently he became editor of the Commonwealth in Boston, and wrote The Rejected Stone (1861) and The Golden Hour (1862), both powerful pleas for emancipation. In 1864, he became the minister of the South Place Chapel and leader of the then named South Place Religious Society in Finsbury, London. His thinking continued to move from Emersonian transcendentalism toward a more humanistic "freethought". Moncure Conway's title's include: Life and Papers of Edmund Randolph, The Life of Thomas Paine with an unpublished sketch of Pain, Solomon and Solomonic Literature and My Pilgrimage to the Wise Men of the East. He passed away on November 5, 1907. 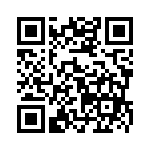