GeneviÃ ̈ve Fabre is professor at the University Paris 7 where she is director of the Center of African American Research. Author of books on James Agee, on African American Theatre (Paris, CNRS and Harvard U P), she has contributed to several collective volumes and encyclopedias. Co-author of books on F.S. Fitzgerald, American minorities, she has edited or co-edited several volumes: on Hispanic literatures, on Barrio culture in the USA, on ethnicity, two volumes on "Feasts and Celebrations among Ethnic Communities," two on Toni Morrison, and a book on History and Memory in Afr Am Culture. She is now co-editing with Michel Feith a collection of essays on The Harlem Renaissance. A Fellow at the W.E.B. Du Bois Institute, Harvard, The National Humanities Center and the American Antiquarian Society, she is currently working on African American celebrative culture (1730-1880).

Michel Feith is an Assistant Professor at the University of Nantes, France. He has spent several years abroad; his experience of living in Australia, Japan and the United States has sensitivized him to issues of multiculturalism. He wrote a doctoral thesis under the direction of Professor GeneviÃ ̈ve Fabre, on " Myth and History in Chinese American and Chicano Literature " (1995), and his publications include articles on Maxine Hong Kingston, John Edgar Wideman, and the Harlem Renaissance. 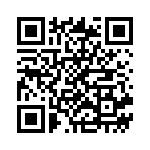