Lanier was the foremost poet of the nineteenth-century South. Born in Macon, Georgia, he interrupted his education at Oglethorpe University to join the Confederate army. Taken prisoner, he developed tuberculosis, which led to a continual struggle with poor health and, ultimately, to his early death. The novel Tiger Lilies (1867) is based on his Civil War experiences. Throughout his life he was interested in both music and poetry. He played first flute in Baltimore's Peabody Symphony Orchestra, and his poetry reflects the connection he saw between music and verse. His greatest poem, "The Marshes of Glynn" (1878), is considered "a symphony without musical score." He lectured on the relationship of music and poetry at Johns Hopkins University and published The Science of English Verse (1880), which claimed that the laws of poetry and music were the same. Other lectures, including Shakespeare and His Forerunners (1902), were published by his widow. The work Lanier completed and the many fragments he left suggest a far greater potential than he was able to fulfill in his short life. 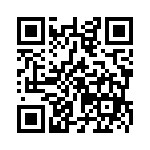