105 psl.
At a later viewing another correspondent , who had been on the train , said that the train had not even quivered . So , for the first time , during Hanson's and my inspection , Shimamoto said that the explosion had occurred just after ...
131 psl.
To this one later becomes accustomed , but smelt for the first time it comes as a shock . Often some smells can be readily identified : pigs , dank wood , offal , excreta , local tobacco , animals in general and people in particular ...
147 psl.
The disappointment was filed for future reference and we decided to push on and attack the mystery later , from the northern shore . maintained for as far ahead as anyone today can see . To us , they may seem almost archaic survivals . 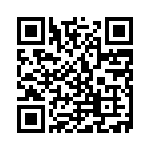