Julie Cruikshank is professor emerita in the Department of Anthropology and Sociology at the University of British Columbia. She is the author of Life Lived Like a Story (winner of the 1992 MacDonald Prize); Reading Voices; and The Social Life of Stories. In 2012 she was awarded a Clio Lifetime Achievement Award for The North by the Canadian Historical Association 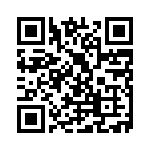