FRANK J. SCATURRO is currently an associate at Cadwalader, Wickersham, and Taft in New York. With a lifelong interest in history, he founded the Grant Monument Association in 1994 to draw public attention to the disrepair of Grant's Tomb in New York City. He is the author of President Grant Reconsidered, and he has written articles in the fields of Supreme Court jurisprudence and American history, as well as civil procedure. 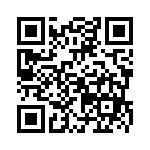