80 psl.
So all those lonely years of seeking and " Were n't the Pilgrim Fathers immi- praying were not in vain . How glad I grants two hundred years ago ? ” was that I had not stopped at the husk , She took from her desk a book and a good job ...
179 psl.
then she spread a sheepskin by the bowl , gage in the washing rite , now stepped and , kneeling on it , stirred the yucca up , knelt by me , took the ear of corn , roots vigorously in the water . The suds and with a circular motion ...
639 psl.
Elsa took hers , — wooing , or so the other waitresses , with the fair lashes drawn over eyes suddenly their varied accents , averred . Elsa grown black , -- and carried Selzjiord his Svendsen liked it . He took his seat and order . 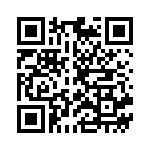