If only we had people who cared like this lady did she was beautiful human. Skaityti visŕ apţvalgŕ

Anna Eleanor Roosevelt was born in New York City on October 11, 1884. She married Franklin Delano Roosevelt on March 17, 1905, and was the mother of six children. She became First Lady on March 4, 1933, and went on to serve as Delegate to the United Nations General Assembly and Representative to the Commission on Human Rights under Harry S. Truman, and chairwoman of the Presidential Commission on the Status of Women under John F. Kennedy. She died on November 7, 1962, at the age of seventy-eight. 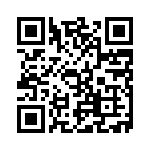