Sidney Lanier (1842-1881) was born in Macon, Georgia. After serving in the Confederate Army during the Civil War, he held a variety of jobs and traveled widely throughout the northern and southern states. In addition to earning success as a poet, Lanier received praise as a professional flutist with the Peabody Symphony Orchestra in Baltimore before he died of tuberculosis in 1881. 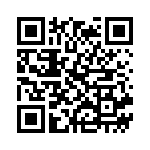