77 psl.
One article on " Choosing a Husband , " divided the counsel given under eleven heads : Appearance , knowledge , age , occupation , property , relations , as to how many and as to whether they interfere with his actions , health , living ...
212 psl.
I was given a strong concoction of coffee , lime - juice , and rum , and my reed bed was placed in the sun . She was given herb sap with which to anoint me , and I convalesced under her constant , untiring care .
302 psl.
Thus his dates are often given from memory , gossip is given for fact , while he calls Nietzsche anti - Semite , and says that the " Antichrist " was written after the nervous breakdown . " Promenades of an Impressionist " and several ... 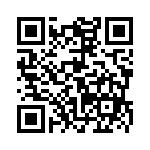