Theodor Herzl: from assimilation to Zionism

In 1899, Herzl claimed that he became a Zionist under the influence of the Dreyfus trial, which he witnessed as a journalist. This revealing volume, which covers Herzl's life from 1878 to 1896 ... Skaityti visŕ apţvalgŕ

JACQUES KORNBERG teaches history at the University of Toronto. The author of articles on German intellectual history and on Zionism, he is editor of At the Crossroads: Essays on Ahad Ha-Am. 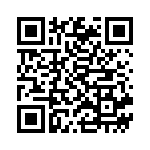