A good deal of focussed research underlay a lively account of the year in question. It presents the activities clearly, and is a good explanation of the intellectual and social underpinnings of the ... Skaityti visŕ apţvalgŕ

Where to start? It's brilliant. It's engaging. It's unique. It's beautifully written. DeVoto is an inconoclast and loves knocking off the pedestal heroes like Zachary Taylor and John C. Fremont. And ... Skaityti visŕ apţvalgŕ

Bernard DeVoto (1897-1955), winner of the Pulitzer Prize and the National Book Award, was a renowned scholar-historian. Stephen E. Ambrose is the author of Undaunted Courage and D-Day June, 1944 both critically-acclaimed bestsellers. 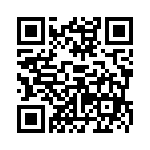